Born in Jacksonville Fla. in 1871, James Weldon Johnson was one of the leaders of the Harlem Renaissance of the 1920s. His career was varied and included periods as a teacher, lawyer, songwriter (with his brother J. Rosamond Johnson), and diplomat (as United States Consul to Puerto Cabello, Venezuela, from 1906 to 1909). Among his most famous writings are Autobiography of an Ex-Coloured Man, published anonymously in 1912, and God's Trombones: Seven Negro Sermons in Verse (1927), the winner of the Harmon Gold Award. He was also editor of several anthologies of African-American poetry and spirituals, and in 1933 his autobiography, Along This Way, was published. He served as Secretary to the NAACP from 1916 to 1930 and was a professor of literature at Fisk University in Nashville from 1930 until his death in 1938. 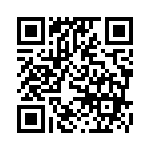