DENNIS M. SULLIVAN is Professor of Electrical and Computer Engineering at the University of Idaho as well as an award-winning author and researcher. In 1997, Dr. Sullivan's paper "Z Transform Theory and FDTD Method" won the IEEE Antennas and Propagation Society's R. P. W. King Award for the Best Paper by a Young Investigator. He is the author of Electromagnetic Simulation Using the FDTD Method. 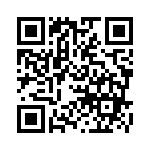