Rhodes scholar and Foreign Affairs senior editor Polakow-Suransky tracks the rise and fall of an ignoble "collaboration" between two countries with deeply troubling histories of racism.How could the ... Read full review

Excellent book. I cannot help thinking that Israel had to forge the alliance with South Africa AND that it was not in Israel's long-term self-interest. I hope that Israel can put behind that part of itself that is truly and enthusiastically congruent with apartheid. Read full review 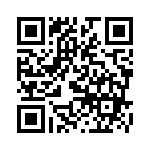