Dr. Abraham J. Twerski, an ordained rabbi, held a pulpit until 1959 when he graduated from medical school and went on to complete a psychiatric residency. Formerly Clinical Director of the Department of Psychiatry at St. Francis Hospital, Pittsburgh, he is currently Associate Professor of Psychiatry at the University of Pittsburgh School of Medicine.
Dr. Twerski is founder and medical director of the non-profit Gateway Rehabilitation Center for the treatment of drug and alcohol dependence in western Pennsylvania. Recently, in conjunction with Gateway and the Pittsburgh Jewish community, he has undertaken a similar project called Shaar Hatikvah (Gateway to Hope) in Jerusalem.
Recognized as an authority in the field of chemical dependency, Dr. Twerski is the recipient of three honorary degrees and the author of twenty books. He appears frequently in the popular media. 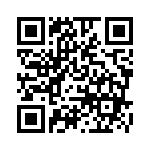