This is how you do historical fiction! A wide-ranging tale covering the history of royal families, court intrigue, early espionage and cryptography, scientific invention, finance, etc. Epic in every way. Read full review

The conclusion of Stephenson's delightful Baroque Cycle brings the world-spanning adventure of its second volume back to a focus on London at the time of the Hanoverian Succession. If the first volume ... Read full review

Neal Stephenson is the bestselling author of Reamde, Anathem; the three-volume historical epic the Baroque Cycle (Quicksilver, The Confusion, and The System of the World); Cryptonomicon; The Diamond Age; Snow Crash, which was named one of Time magazine's top one hundred all-time best English-language novels; and Zodiac. He lives in Seattle, Washington. 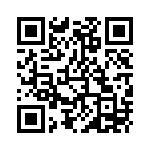