THE FIFTH COLUMN AND FOUR STORIES OF THE SPANISH CIVIL WAR

Four previously uncollected short stories set in the dust and heat of the Spanish Civil War plus an out of print play, "The Fifth Column," written during Hemingway's tour in 1937-39—the stories an ... Read full review 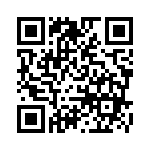