June McDaniel is Professor of Religious Studies and Director of the Religious Studies Program at the College of Charleston. She is the author of The Madness of the Saints: Ecstatic Religion in Bengal (1989) and Making Virtuous Daughters and Wives: An Introduction to Women's Brata Rituals in Bengali Folk Religion (2002). 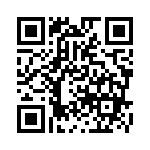