When you are traveling across the country on a motorcycle, you have more than enough time to analyze the world around you in ways you wouldn't if you chose to passively ride in a car or fly by plane ... Read full review

This book...it has a hold on me. You look at where you're going and where you are and it never makes sense, but then you look back at where you've been and a pattern seems to emerge. This is very ... Read full review

Robert Maynard Pirsig was born in Minneapolis, Minnesota on September 6, 1928. While serving in the Army, he visited Japan on a leave and became interested in Zen Buddhism. After his service, he received bachelor's and master's degrees in journalism from the University of Minnesota. He later studied philosophy at the University of Chicago and at Banaras Hindu University in India. He taught writing at Montana State University in Bozeman and the University of Illinois at Chicago. He was also a freelance writer and editor for corporate publications and technical magazines. His first novel, Zen and the Art of Motorcycle Maintenance: An Inquiry Into Values, was published in 1974. His follow-up novel, Lila: An Inquiry Into Morals, was published in 1991. He died on April 24, 2017 at the age of 88. 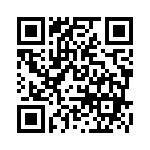