this book explains beyond possible measures, its good to go with.
-Charles Tlali T

Allan Tobin's undergraduate degree from MIT is in literature and biology and his doctoral degree is in biophysics with an emphasis on physical biochemistry. For more than 35 years he has taught introductory courses in general biology, cell biology, molecular biology, developmental biology, and neuroscience. He is the recipient of the U.C. Los Angeles Faculty Teaching and Service Award and is regarded as an excellent and highly interactive teacher.

Jennie Dusheck has an undergraduate degree in zoology from U.C. Berkeley and her master's degree is also in zoology. She also holds a certificate in science writing from U.C. Santa Cruz. Dusheck has written for "Science News," "Science Magazine," and other publications. From 1985 to1993 she was the Principal Editor at U.C. Santa Cruz and has received several national awards including the Gold Medal for Best-in-Category from the National Council for the Advancement and Support of Education. As a biologist she has studied the effects of light intensity on bird song, social behavior in field mice, food preferences of deer, cattle and skipper butterflies as well as axis formation in Xenopus laevis. 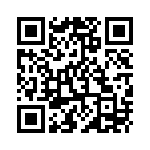