Wayne Flynt is Distinguished University Professor at Auburn University
and author or coauthor of eleven books, including Poor but Proud, Alabama in the Twentieth Century, and Taking
Christianity to China: Alabama Missionaries in the Middle Kingdom, 1850-1950. Flynt has been recognized with numerous awards and honors, including the Lillian Smith Award for nonfiction, the Clarence Cason Nonfiction Award, the James F. Sulzby Jr. Book Award (twice), and the Alabama Library Association Award for nonfiction (twice). 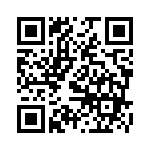