Professor James Mills has been publishing on the history of drugs for over a decade. His work has been funded by the Wellcome Trust, the AHRC and the British Academy, and this book is primarily the outcome of awards by the ESRC. Previous publications include Madness, Cannabis and Colonialism:The 'native-only' lunatic asylums of British India, 1857-1900 (2000) and Cannabis Britannica: Empire, trade and prohibition, 1800-1928 (2003). The latter was shortlisted for the History Today Book of the Year Prize and 'highly commended' by the panel. 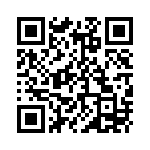