Paris: capital of the world

This is a complex work of cultural and intellectual history that should interest specialists in the field. Higonnet (French history, Harvard) has drawn from a vast array of sources to produce an ... Read full review

Arthur Goldhammer is the translator for numerous books including Neoconservatism: The Biography of a Movement, Algerian Chronicles, The Society of Equals, and Capital in the Twenty-First Century. He received the French-American Translation Prize in 1990 for his translation of A Critical Dictionary of the French Revolution. 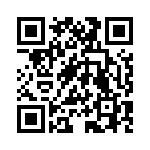