Nadja Durbach is Assistant Professor of History at the University of Utah, Salt Lake City. 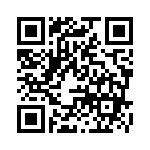