A new Phar attempts to reunite the Two Lands of Ancient Egypt and to drive out the usurping Hyksos. Entering his service as The Leader of Ten; a young Nubian noble puts his experience as a border ... Read full review 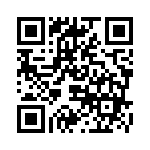