the author is definitely erudite on cancer and have been making lots of papers.
the book is a grest source for us to learn sth about cancer

46 other sections not shown

Dr. Robert A. Weinberg is a founding member of the Whitehead Institute for Biomedical Research and the Daniel K. Ludwig Professor for Cancer Research at the Massachusetts Institute of Technology (MIT). He is an internationally recognized authority on the genetic basis of human cancer.

Dr. Weinberg and his colleagues isolated the first human cancer-causing gene, the ras oncogene, and the first known tumor suppressor gene, Rb, the retinoblastoma gene. The principal goal of his research program is to determine how oncogenes, their normal counterparts (proto-oncogenes), and tumor suppressor genes fit together in the complex circuitry that controls cell growth. More recently, his group has succeeded in creating the first genetically defined human cancer cells. He is particularly interested in applying this knowledge to improve the diagnosis and treatment of breast cancer.

Dr. Weinberg is the author or editor of five books and more than 325 articles. His three most recent books, intended for a lay audience, are "One Renegade Cell," "Racing to the Beginning of the Road: The Search for the Origin of Cancer" and "Genes and the Biology of Cancer," co-authored with Dr. Harold E. Varmus, former Director of the National Institutes of Health. He is an elected Member of the U.S. National Academy of Sciences and Fellow of the American Academy of Arts and Sciences.

Among Dr. Weinberg's many honors and awards are the Discover Magazine 1982 Scientist of the Year, the National Academy of Sciences/U.S. Steel Foundation Award in Molecular Biology, the Sloan Prize of the General Motors Cancer Research Foundation, the Bristol-Myers Award for Distinguished Achievement in Cancer Research, the Harvey Prize from the American Society for Technion Israel Institute of Technology, the Gairdner Foundation International Award, the Keio Medical Foundation Prize, the 1997 National Medal of Science, the City of Medicine Award and the 2004 Wolf Foundation Prize and the Prince of Asturias Science Prize. He has served on scientific advisory boards for the Institute of Molecular Pathology in Vienna, Austria, the Weizmann Institute in Rehovot, Israel, and the Massachusetts General Hospital in Boston.

Born in Pittsburgh in 1942, Dr. Weinberg received his BS (1964) and PhD (1969) degrees in Biology from MIT. He did postdoctoral research at the Weizmann Institute and the Salk Institute in La Jolla, California, and then returned to MIT in 1972. In 1982, he was appointed Professor of Biology at MIT and also became one of the five original Members of the Whitehead Institute. He has been an American Cancer Society Research Professor at Whitehead and MIT since 1985. 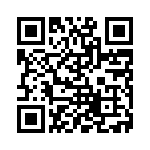