Janet Frame is a writer. She was born in Dunedin, New Zealand in 1924. Frame has written eleven novels, five collections of short stories, a volume of poetry, and a children's book. She has received the Commonwealth Literature Prize, the Turnavsky Prize, a Katherine Mansfield Fellowship, a Robert Burns Fellowship, and a Sargeson Fellowship. She was awarded an honorary doctorate in literature from Otago University and is an honorary member of the American Academy of Arts and Letters and she is a past President of Honour of the New Zealand Society of Authors. Her three autobiographies, To the Island, An Angel at My Table, and The Envoy from Mirror City, were turned into a three-part television series, and then a 1990 motion picture directed by Jane Campion. Frame was awarded the CBE in 1983. In 2015 Janet Frame's 1957 debut novel, Owls Do Cry, topped the second annual Great Kiwi Classic poll run by the New Zealand Book Council and Auckland Writers Festival. 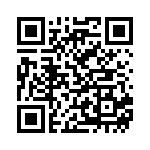