Judith M. Barringer is Professor of Greek Art and Archaeology in Classics at the University of Edinburgh. Her areas of specialization are Greek art and archaeology and Greek history, myth, and religion. Professor Barringer is the author of Art, Myth, and Ritual in Classical Greece (Cambridge University Press, 2008); The Hunt in Ancient Greece (2001); and Divine Escorts: Nereids in Archaic and Classical Greek Art (1995) and co-editor (with Jeffrey M. Hurwit) of Periklean Athens and Its Legacy: Problems and Perspectives (2005). She has been awarded grants from the National Endowment for the Humanities at the American School of Classical Studies in Athens and the British Academy, among others. She was a Blegen Research Fellow at Vassar College and a Senior Fellow at the Internationales Forschungszentrum Kulturwissenschaften in Vienna, and she currently holds a Marie Curie Fellowship at the Institut für Klassische Archäologie at the Freie Universität Berlin from the M4Human Programme of the Gerda Henkel Stiftung. 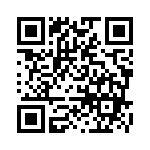