Chase F. Robinson is University Lecturer in Islamic History at the University of Oxford. His publications include Empire and Elites after the Muslim Conquest: The Transformation of Northern Mesopotamia (2000). 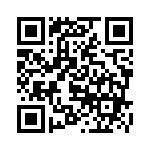