Page 238 - ... that he is fighting in a bad cause, for a wicked administration of a contemptible government, too weak to arrest and punish him if he shall desert. I think that in such a case to silence the agitator and save the boy is not only constitutional, but withal a great mercy.
Appears in 245 books from 1861-2008
Page 409 - Then out spake brave Horatius, The captain of the gate: — *To every man upon this earth Death cometh soon or late. And how can man die better Than facing fearful odds, For the ashes of his fathers, And the temples of his...
Appears in 363 books from 1817-2008
More
Page 237 - He was not arrested because he was damaging the political prospects of the Administration or the personal interests of the commanding general but because he was damaging the army, upon the existence and vigor of which the life of the nation depends.
Appears in 81 books from 1862-2008
Page 120 - Also to the ninth and tenth sections of an act entitled "An act to suppress insurrection, to punish treason and rebellion, to seize and confiscate the property of rebels, and for other purposes," approved July 17, 1862, and which sections are in the words and figures following: "SEC.
Appears in 398 books from 1830-2008
Page 238 - Must I shoot a simple-minded soldier boy who deserts, while I must not touch a hair of a wily agitator who induces him to desert...
Appears in 283 books from 1857-2008
Page 237 - Long experience has shown that armies cannot be maintained unless desertion shall be punished by the severe penalty of death.
Appears in 88 books from 1861-2006
Page 237 - Mr. Vallandigham avows his hostility to the war on the part of the Union ; and his arrest was made because he was laboring, with some effect, to prevent the raising of troops ; to encourage desertions from the army ; and to leave the Rebellion without an adequate military force to suppress it.
Appears in 128 books from 1861-2008
Page 237 - Vallandigham was, by a military commander, seized and tried " for no other reason than words addressed to a public meeting, in criticism of the course of the Administration, and in condemnation of the military orders of the general." Now, if there be no mistake about this ; if this assertion is the truth and the whole truth ; if there was no other reason for the arrest, then I concede that the arrest was wrong. But the arrest, as I understand, was made for a very different reason. Mr.
Appears in 96 books from 1861-2007
Page 14 - An act for the release of certain persons held to service or labor in the District of Columbia," has this day been approved and signed. I have never doubted the constitutional authority of Congress to abolish slavery in this District, and I have ever desired to see the National Capital freed from the institution in some satisfactory way. Hence there has never been...
Appears in 127 books from 1862-2008
Page 23 - Letters, etc., with a General View of his Policy as President of the United States, embracing the leading events of the war. Also the European Press on his death.
Appears in 43 books from 1837-2006
Less

Daniel Joseph Ryan was January 1, 1855 in Ohio and died June 15, 1923. He was a Republican politician in the Ohio House of Representatives and Ohio Secretary of State from 1889-1892. In 1877 he was admitted to the bar. In April 1877, he was elected City Solicitor of Portsmouth, and re-elected in 1879. In 1883 Ryan was elected to the Ohio House of Representatives for the 66th General Assembly, and re-elected in 1885 for the 67th, where he was chosen Speaker pro tem. Ryan was elected Secretary of State in 1888, and re-elected in 1890. He resigned as Secretary of State April, 1891, to accept the office of Commissioner of the World's Fair for the State of Ohio. Secretary of State was his last elected office, and he devoted his later years to private practice and literary pursuits as an author. Ryan served on the Board of Trustees of the Ohio Historical Society for thirty-four years. His titles include: History of Ohio, Arbitration Between Capital and Labor, and The Civil War Literature of Ohio. 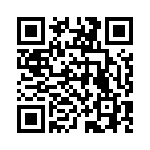