Eno Koço is the author of nearly thirty books and articles in English and Albanian, including Albanian Urban Lyric Song in the 1930s (Scarecrow Press, Inc., 2004); “Shostakovich, Kadaré and the nature of dissidence” (for The Musical Times, 2005); “Styles of the Iso-based Multipart Singing of South Albania, North Epirus and Among the Arbëresh of Italy” (in Multipart Music, a Specific Mode of Musical Thinking, 2012); and “Byzantine Chant, the Ison, and Arbëresh Liturgical Chant” (in Local and Global Understandings of Creativities, 2013). His Albanian-language books include Korçare Distinctive Song (Toena, 2003); Family and Life (Globus R., 2010); Critical Surveys (Globus R., 2010); and Gaqo Çako, The Living Legend of the Tenor (Neraida, 2013). Koço lives between Leeds and Tirana, combining his engagements with publishing and orchestral and choral conducting. 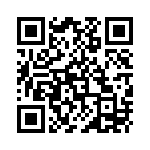