I didn't really enjoy this. None of the characters acted normally or consistently: Phil prioritized the clearly stalkerish Tempe over the man she was about to marry; she hadn't had any contact with ... Read full review

When You Are Mine

In this nail-biter from Edgar finalist Robotham (When She Was Good), Police Constable Philomena McCarthy’s devotion to duty and empathy for victimized women threaten to make her time with the ... Read full review

Before becoming a novelist, Michael Robotham was an investigative journalist working across America, Australia and Britain, covering the serial killings of Fred and Rosemary West and other similarly notorious cases. He has worked alongside clinical and forensic psychologists in their close examination of the darker recesses of the criminal mind. Michael's 2004 debut thriller, The Suspect, sold more than 1 million copies around the world. It is the first of nine novels featuring clinical psychologist Joe O'Loughlin, who faces his own increasing battle with a potentially debilitating disease. Michael has also written five standalone thrillers, including The Secrets She Keeps, which was adapted for television in 2020. In 2015 he won the UK's prestigious Crime Writers' Association Gold Dagger Award with his standalone thriller Life or Death and in 2020 he won the award a second time for the first novel in his Cyrus Haven series, Good Girl, Bad Girl. He lives in Sydney. 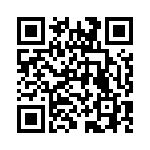