Franēois Laruelle is Professor Emeritus of the University of Paris X (Nanterre) and former director of the International College of Philosophy. He is the author of many works including Principles of Non-Philosophy and Future Christ: A Lesson in Heresy. 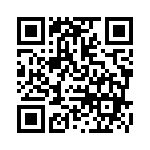