Steuerle is with the Department of the Treasury, where he is economic staff coordinator for the Fundamental Tax Reform Project and deputy director of the Office of Tax Analysis.

Masahiro Kawai is Dean of the Asian Development Bank Institute (ADBI). Prior to joining ADBI, Dr Kawai served as Head of ADB s Office of Regional Economic Integration (OREI) and Special Advisor to the ADB President. He also worked as Chief Economist for the World Bank s East Asia and the Pacific Region, and as Deputy Vice Minister of Finance for International Affairs of Japan s Ministry of Finance. He has served as a consultant at the Board of Governors of the Federal Reserve System and at the International Monetary Fund, a Special Research Advisor at the Institute of Fiscal and Monetary Policy in Japan s Ministry of Finance, and a visiting researcher at the Bank of Japan s Institute for Monetary and Economic Studies and at the Economic Planning Agency s Economic Research Institute. Dr Kawai has published a number of books and numerous articles on economic globalization, and regional financial integration and co-operation in East Asia. He received his PhD in Economics from Stanford University. 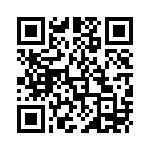