292 pages indexed. Worth buying if you are serious about the topic. Get this book from your library if you a casual reader. This is a detailed narrative of the key elements needed for NASA to return ... Read full review 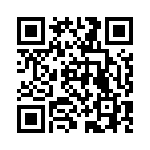