Lee Goldberg is a two-time Edgar & two-time Shamus Award nominee and the #1 New York Times bestselling author of over thirty novels, including the fifteen Monk mysteries, "The Walk," "King City," "Watch Me Die," and the internationally bestselling Fox & O'Hare books co-written with Janet Evanovich. He's also written and/or produced scores of TV shows, including "Diagnosis Murder," "SeaQuest," "Monk," and "The Glades." As an international television consultant, he has advised networks and studios in Canada, France, Germany, Spain, China, Sweden, and the Netherlands on the creation, writing and production of episodic television series. 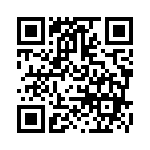