Dr. Randy Duncan is a co-founder the Comic Arts Conference, the nation's first annual academic conference devoted solely to the study of comics. He also wrote the entries on Stan Lee, Jack Kirby, Will Eisner and other comics-related topics for the St. James Encyclopedia of Popular Culture. Dr. Matthew J. Smith is associate professor and chair of Communication at Wittenberg University where he regularly teaches comics arts courses. In 2009, Wittenberg's Alumni Association recognized him with its Distinguished Teaching Award. 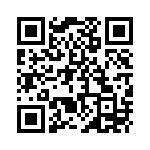