This book changed my view of the world forever. There are several similar books, by Lessig and by others, but for me this was one of the first and the one that made the strongest impression. Read full review

THE FUTURE OF IDEAS: The Fate of the Commons in a Connected World

The fate of free expression in cyberspace hangs in the balance, avers Lessig (Law/Stanford Univ.; Code: and Other Laws of Cyberspace, not reviewed), who offers practical advice to save it.From his ... Read full review

Lawrence Lessig is a professor of law at the Stanford Law School. Previously Berkman Professor of Law at Harvard Law School from 1997 to 2000 and professor at the University of Chicago Law School from 1991 to 1997, he is a graduate of the University of Pennsylvania, Trinity College, Cambridge, and Yale Law School. He clerked for Judge Richard Posner on the Seventh Circuit Court of Appeals and Justice Antonin Scalia on the United States Supreme Court. He is a monthly columnist for The Industry Standard, a board member of the Red Hat Center for Open Source, and the author of Code and Other Laws of Cyberspace. 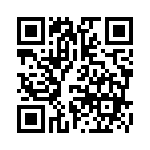