General Editor: Eric Orlin is Professor of Classics at the University of Puget Sound. He is the author of Temples, Religion and Politics in the Roman Republic (1997) and Foreign Cults in Rome: Creating a Roman Empire (2010), in addition to articles on religion, memory and culture during the age of Augustus. Associate Editor: Lisbeth S. Fried is a Visiting Scholar in the Department of Near Eastern Studies at the University of Michigan. She has written over forty articles on the ancient Near East and biblical studies. In addition, she is the author of Ezra, a Commentary (2015), Ezra and the Law in History and Tradition (2014) and The Priest and the Great King: Temple-Palace Relations in the Persian Empire (2004). Associate Editor: Jennifer Wright Knust is Associate Professor of New Testament and Christian Origins at Boston University. Author of a number of books and articles, her recent publications include Unprotected Texts: The Bible’s Surprising Contradictions on Sex and Desire (2011) and, with Zsuzsanna Várhelyi. Ancient Mediterranean Sacrifice (2011). Associate Editor: Michael L. Satlow is Professor of Religious Studies and Judaic Studies at Brown University. He has written on the social and religious history of Jews in Antiquity as well as on method and theory in the study of religion. He has held fellowships from the ACLS and John Simon Guggenheim Foundation, among others. His most recent book is How the Bible Became Holy (2014). Assistant Editor: Michael E. Pregill holds the position of Interlocutor in the Institute for the Study of Muslim Societies and Civilizations at Boston University, where he is developing a new digital scholarship initiative dedicated to interdisciplinary approaches to Islam. His monograph, The Living Calf of Sinai: Bible and Qur?an between Late Antiquity and Islam, is forthcoming. 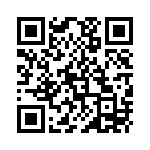