Robert Hughes has been an art critic for Time magazine since 1970. His eight-part BBC/Time-Life television series, on which this book is based, has been broadcast throughout the United States on public television. He has received the Franklin Jewett Mather Award for Distinguished Criticism from the College Art Association of America twice, and he has authored the Art of Australia (1966); Heaven and Hell in Western Art (1969); and Nothing If Not Critical (1990), a collection of essays on art and artists. 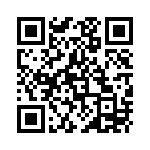