In an interesting mix of sf and fantasy, Anthony examines the effects of parental neglect and sexual abuse against a fantastic backdrop. On her way home from school, Colene, 14, finds Darius in a ... Read full review

Piers Anthony Dillingham Jacob was born in August, 1934, in Oxford, England. He graduated from Goddard College in Vermont in 1956. He became a naturalized U.S. citizen while serving in the United States Army in 1958. He served in the U.S. Army from 1957-1959. In 1977, he received a British Fantasy Award for A Spell for a Chameleon. Anthony's family emigrated to the United States from Britain when he was six. Highly popular because of his science fiction and fantasy works, Anthony is also known for the Jason Striker series and martial arts novels co-written with Roberto Fuentes. A highly prolific author, Anthony's other works include Bio of a Space Tyrant, Cluster, and the Omnivore series. Anthony makes his home in Tampa, Florida. He also writes under the pseudonym Robert Piers. 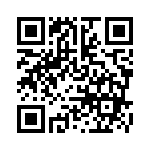