Annemarie Schimmel (1922-2003) was a renowned German scholar of Islam and author of eighty books, including Mystical Dimensions of Islam and A Two-Colored Brocade: The Imagery of Persian Poetry. 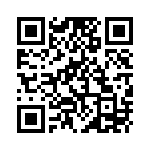