The life of Glenway Wescott (1901-87) spanned an interesting range of eras, from 1920s Paris, where he was acquainted with Hemingway (who despised him for his homosexuality), Fitzgerald, and Stein ... Read full review

Jerry Rosco is a writer and editor and the coeditor of Continual Lessons: The Journals of Glenway Wescott 1937–1955. He lives in New York City. 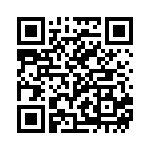