Intriguing premise, not well executed. The book just dragged, I found myself skimming even though I am trying to read slower than usual to make my summer stack of books last longer! The story could ... Read full review

While this story of a Jewish woman who escapes to America under a false name could have been an interesting one, it fell a little short for me. I wanted to know more about the main character Lily but ... Read full review

NANCY RICHLER's short fiction has been published in various American and Canadian literary journals, including The Fiddlehead, Room of One's Own, and The New Quarterly. Her previous novel, Your Mouth is Lovely, published in eleven countries, won the 2003 Canadian Jewish Book Award for fiction and Italy's 2004 Adei Wizo Award. Nancy is the cousin of the famed Canadian writer and literary critic Mordechai Richler. She lives in Montreal. 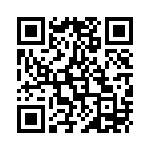