Robert B. Reich was born in Scranton, Pennsylvania on June 24, 1946. He received a B.A. from Dartmouth College in 1968, a M.A. from Oxford University in 1970, and a J.D. from Yale University. Reich was an assistant to the Solicitor General in the U.S. Department of Justice from 1974 to 1976. He directed the policy planning staff of the Federal Trade Commission from 1976 to 1981 and taught on the faculty of Harvard University's John F. Kennedy School of Government from 1981 to 1992. He served as the 22nd Secretary of Labor from 1993 to 1997 under President Bill Clinton. He became the University Professor and the Maurice B. Hexter Professor of Social and Economic Policy at Brandies University in 1997. He is currently the Chancellor's Professor of Public Policy at the Goldman School of Public Policy at the University of California, Berkeley. Reich has written numerous books including Locked in the Cabinet; Reason: Why Liberals Will Win the Battle for America; Supercapitalism: The Transformation of Business, Democracy, and Everyday Life; Aftershock: The Next Economy and America's Future; Saving Capitalism: For the Many, Not the Few; and The Common Good. In 2003, he was awarded the Vaclev Havel Foundation Prize for his pioneering work in economic and social thought. 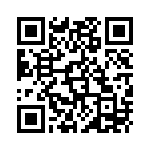