Reading these stories reminded me of the way I felt when I was reading fairy tales as a kid. And how can a librarian not like a story where a gang of teenage friends is obsessed with a TV series ... Read full review

It's always hard to rate short story collections but these range from 3-5, including my favorite - the titular Magic for Beginners. I read it elsewhere in another multi-author collection and that's ... Read full review

KELLY LINK's stories have appeared in The Best American Short Stories, McSweeney's Mammoth Treasury of Thrilling Tales, Conjunctions, The Dark, and elsewhere. Her honors include a Nebula Award and an NEA Literature Fellowship. She lives in Northampton, Massachusetts. Shelley Jackson has written and illustrated several books for children, including The Old Woman and the Wave (DK Children, 1998) and Sophia, the Alchemist's Dog (Atheneum/Richard Jackson Books, 2002). Her most recent book, The Chicken-Chasing Queen of Lamar County by Janice Harrington (FSG, 2007), received several awards and starred reviews. Shelley's books for adults include The Melancholy of Anatomy ( Anchor Books, 2002) and Half Life ( HarperCollins, 2006). She is well known for her pioneering cross-genre experiments such as her groundbreaking hypertext novel, Patchwork Girl, and her ongoing Skin Project, a novella published exclusively in the form of tattoos on the skin of volunteers, one word at a time. She lives in Brooklyn, New York. To learn more, please visit her website:http://ineradicablestain.com/ 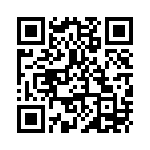