Book is awesome except it does not focus more on weak rule of law. Book also mentions some companies like Sinteza Invest Group which are under investigation for fraud and were suspended for insider trading. Overal great book, everyone should read it.

LBM Development Group,Belgrad
We need partner for construction near Danube Free zone,
Transport terminal and River terminal on the Danube.We yave 20 hectares land of private property and comlete
infrastructure,projesct and buildin permits.
Investor interested for this project can contact the:
Phone:381113942846,3945887
Mob: 381637719510,381649061030
E-mail:tajfun52@gmail.com

Dr. Marat Terterov holds a Ph.D. from St.Antonyâs College, Oxford. He is author of over a dozen books addressing the business environment in the former Soviet Union and the Middle East. He recently co-authored a major USAID study evaluating privatization in Egypt and, as a consultant to the UK government, has advised British companies on Uzbekistan, Kazakhstan and other countries. He speaks frequently at the Centre for International Briefing and is author of academic articles on the Middle East and the former Soviet Union. He also holds a Chevening Scholarship. He has edited over a dozen books for Global Market Briefings on foreign investment in countries of the former Soviet Union, the Balkans and the Middle East, including Russia, Ukraine, Georgia, Kazakhstan, Serbia, Croatia, Bahrain, Egypt and Libya. 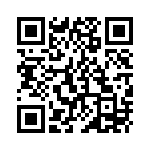