Would've made a good short story or novella. There is no plot whatsoever. It is well written and insightful to a point, and the satire made me laugh out loud a few times (The analysis of the lyrics to ... Read full review

Gary Shteyngart was born in Leningrad in 1972 and moved to the United States with his family seven years later. He is the author of two previous novels: The Russian Debutante's Handbook, named one of the best debuts of the year by the Guardian, and the bestselling Absurdistan. His work has appeared in the New Yorker, Granta, Esquire and GQ, and his books have been translated into over twenty languages. 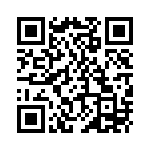