A non-fiction hybrid of true crime, history, literature, and religion, The Poet and the Murderer is the fascinating tale of a forged Emily Dickinson poem, and the storied past of the forger himself ... Read full review

Fascinating. Thus book would be worth the read if only for the chapter on handwriting. Read full review 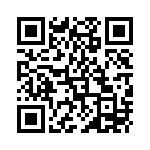