Page 26 - As I had never before turned my thoughts to anything mechanical, either in theory or practice, nor had ever seen a loom at work, or knew anything of its construction, you will readily suppose that my first loom was a most rude piece of machinery.
Appears in 85 books from 1823-1982
Page 15 - ... to travel this terrible country, to avoid it as they would the devil ; for a thousand to one but they break their necks or their limbs by overthrows or breakings down. They will here meet with ruts, which I actually measured, four feet deep, and floating with mud only from a wet summer ; what, therefore, must it be after a winter?
Appears in 193 books from 1829-2008
More
Page 66 - It appears that the children, and others, who work in the large cotton factories, are peculiarly disposed to be affected by the contagion of fever, and that when the affection is received it is rapidly 'propagated, not only amongst those who are crowded together in the same apartments, but in the families and neighbourhoods to which they belong.
Appears in 41 books from 1833-2006
Page 25 - One of the company observed that as soon as Arkwright's patent expired, so many mills would be erected, and so much cotton spun, that hands would never be found to weave it.
Appears in 45 books from 1823-1990
Page 10 - House standing out of a speaking distance from another; .... We could see at every house a Tenter, and on almost every Tenter a piece of Cloth or Kersie or Shalloon.
Appears in 71 books from 1803-2006
Page 25 - Some little time afterwards a particular circumstance recalling this conversation to my mind, it struck me that, as in plain weaving, according to the conception I then had of the business, there could...
Appears in 36 books from 1823-2006
Page 67 - The untimely labour of the night, and the protracted labour of the day, with respect to children, not only tends to diminish future expectations as to the general sum of life and industry, by impairing the strength and destroying the vital stamina of the rising generation, but it too often gives encouragement to idleness, extravagance and profligacy in the parents, who, contrary to the order of nature, subsist by the oppression of their offspring.
Appears in 80 books from 1809-2006
Page xv - ... not only of their own political organization, but, through that, also of the main instruments of wealth production; the gradual substitution of organized cooperation for the anarchy of the competitive struggle; and the consequent recovery, in the only possible way, of what John Stuart Mill calls "the enormous share which the possessors of the instruments of industry are able to take from the produce.
Appears in 65 books from 1866-2006
Page 73 - This House is not a representative of the people of Great Britain. It is the representative of nominal boroughs, of ruined and exterminated towns, of noble families, of wealthy individuals, of foreign potentates.
Appears in 85 books from 1840-2006
Page 26 - In short, it required the strength of two powerful men to work the machine at a slow rate, and only for a short tune.
Appears in 50 books from 1824-2006
Less

Indiana-born Charles A. Beard studied at Oxford, Cornell, and Columbia universities, where he taught history and politics for more than a decade. One of the founders of the New School for Social Research, he also served as director of the Training School for Public Service in New York. A political scientist whose histories were always written from an economic perspective, Beard was an authority on U.S. politics and government. Yet his great survey history, The Rise of American Civilization, published in 1927, deals with the whole range of human experience-war, imperialism, literature, art, music, religion, the sciences, the press, and women-as well as politics and economics. Collaborating with Beard on this and other books was his wife, Mary Ritter Beard. Charles Beard described their coauthorship as a "division of argument." An able historian in her own right, Mary Ritter Beard took a special interest in the labor movement and feminism, subjects on which she produced several works. The Beards's books are scholarly, well written, and often witty, though sometimes a bit ponderous. Yet they stand the test of time well. Some critics agree that their Basic History can be considered the best one-volume history that has ever been written about the United States. 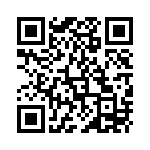