90 pages matching started in this book

This was recommended to me after I read Ball Four and wanted to read something similar, but I have to say, this one really didn't grab me all that much. The behind-the-scenes hijinks are probably ... Read full review

A unique insiders look at one of the most famous teams in history, the 1978 New York Yankees in the midst of their epic chase (and eventual defeat) of the Boston Red Sox. Sparky Lyle's day-by-day ... Read full review

Peter Golenbock is a prolific sports journalist and author. He was born in New York City on July 19, 1946 and raised in Stamford, Connecticut. He graduated from Dartmouth College in 1967 and the New York University School of Law in 1970. While at Dartmouth, he began writing about sports for The Daily Dartmouth, which led to stints with the New York Times and the Boston Globe. It was also at Dartmouth where he became friends with Robert Ariel "Red" Rolfe, the former New York Yankees third baseman and the school's athletic director. Rolfe entertained him for hours with stories of the famous Yankees teams of the 1930's, which had a profound impact on Golenbock's unintended career path. After graduating law school, he eventually landed a job in the legal department of Prentice-Hall Publishing. Surprisingly, he was able to convince the head of the trade book division to allow him to write about the Yankees. The resulting book, Dynasty: The New York Yankees 1949-64, became an instant bestseller, the first of many for Golenbock. Among his best-known works to follow include; The Bronx Zoo, Bums: An Oral History of the Brooklyn Dodgers, Balls, with Graig Nettles, Bats, with Davey Johnson, Personal Fouls, a look at corruption in college basketball, and Teammates, a children's book about the relationship between Jackie Robinson and Pee Wee Reese. His latest work is entitled Rage: The Legend of "Baseball Bill" Denehy. 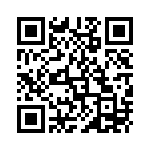