Dante Alighieri was born in 1265. Considered Italy’s greatest poet, this scion of a Florentine family mastered the art of lyric poetry at an early age. His first major work, La Vita Nuova (1292), was a tribute to Beatrice Portinari, the great love of his life. Dante’s political activism resulted in his being exiled from Florence, and he eventually settled in Ravenna. It is believed that The Divine Comedy—comprising three canticles, The Inferno, The Purgatorio, and The Paradiso—was written between 1308 and 1320. Dante Alighieri died in 1321. 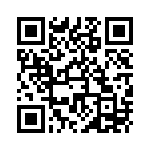