Perfect gift for the newly expecting, it will help them understand all the changes that are happening to their body and with the baby. Month by month helpful hints. Read full review

My husband and I have been married for 11 years. We have being having sexual intercourse year after year. I thought I was a loser, a weakling. I couldn't believe I couldn't handle pain. I always thought "how come everyone can do it but me? What is wrong with me?" I felt I was the only one in this world that had this problem. One day my husband came home and showed me this website he had printed out. It was about vaginas and pages and pages of women sharing their stories and testimony on how a spell caster help them make babies, MY STORIES!!!! I started crying like a little baby. I couldn't believe I wasn't the only one in this world. I was not a wimp, I really had a problem. To make my very long story short, i decided to contact this spell caster Dr zogo on his email zogospellcasters@gmail.com after interaction with him he instructed me on what to do, after then i had sex with the man I love most in this world, within the
next one months i went for a check up and my doctor confirmed that i am 2weeks pregnant and so happy!!! and My husband was the one that found the site, who I will always be thankful to, not for finding it but for believing in me and not leaving me. And thank YOU Dr zogo for saving my marriage. Thank you so much. To all those women out there, contact this great spell caster on this email zogospellcasters@gmail.com he can solve your problem and be patient and also believe in yourself. It will happen to you, just like it happened to me." 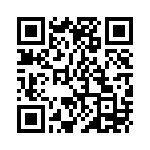