I prefer these longer stories over the earlier ones, but I like the character development in the earliest books the best. More Holmes and Watson is always a good thing. Read full review

Sir Arthur Conan Doyle was born at Picardy Place in Edinburgh on May 22, 1859, son of Charles Altamount Doyle and Mary (Foley) Doyle, and one of seven children who survived to adulthood. Rejecting his family's strict Catholicism and, cut off from their patronage, he decided to set up his own practice in Southsea in 1882.

After the death of his first wife, Louise Hawkins, he went on to marry Jean Leckie in 1907 and they had two sons and a daughter, living very happily together on their estate in Sussex, Windlesham, until Conan Doyle's death in 1930. 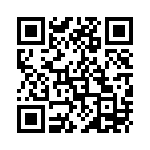