Pope Benedict XVI was elected the 265'h Roman pontiff by the papal conclave on April 19, 2005. Prior to his election as pope, Cardinal Joseph Ratzinger had many years of distinguished service in the Roman Catholic Church as a professor; theologian; advisor and theological consultant during the Second Vatican Council; prolific author of numerous published works; prefect of the Congregation for the Divine Faith; and the dean of the college of cardinals. 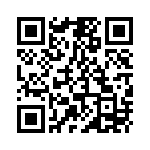