Lisa Tendrich Frank, PhD, is an independent scholar. She is the author of several articles and editor of ABC-CLIO's Civil War: People and Perspectives and Women in the American Civil War. 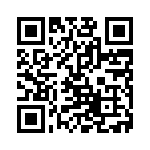