Jen Jack Gieseking is Assistant Professor of Geography at the University of Kentucky and editor of The People, Place, and Space Reader. 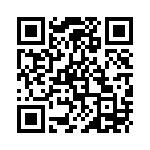