This book is making me sick! No, the information it is giving me is turning my stomach. I got to the part which describes the multitudinous death records of animals due to plastics ingestion ... Read full review

PLASTIC OCEAN: How a Sea Captain's Chance Discovery Launched a Determined Quest to Save the Oceans

Capt. Charles Moore is a researcher and speaker focusing on the environment. He lives in Long Beach, California.

Cassandra Phillips has worked as a newspaper reporter. She lives in Kamuela, Hawaii. 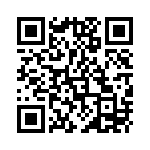