Friedrich Schiller was born in Marbach, Germany, the son of an army surgeon, a profession for which he himself was later educated. He never wanted to practice medicine, however, and found an outlet for his dissatisfaction in writing poetry and plays. Schiller's first play was to be performed was The Robbers (1781), a rallying cry for the freedom and idealism of youth against the tyranny and hypocrisy that Schiller saw all around him. The play was an immediate success, but Schiller, who had taken unauthorized leave from his regiment to watch the performance, was arrested and forbidden by the ruling Duke to write anything but medical books in the future. In defiance of the order, Schiller fled the duchy and, although suffering great poverty, continued to write. The remainder of Schiller's life was a struggle against poverty and, in his last years, a struggle against tuberculosis. Each of Schiller's nine plays is a masterpiece of situation, characterization, subtle psychology, and brilliant dramatic technique. Most of his plays focus on historical subjects, such as Mary Queen of Scots, Joan of Arc, or the Swiss hero William Tell. Schiller uses these period characters and settings to suit his own themes, which center on individual freedom, justice, and heroism. He often sacrifices historical accuracy in order to make a point. Schiller's place in German literature is very near the top. Among German dramatists there are none better, and perhaps only his friend German poet and playwright Goethe can be called an equal. 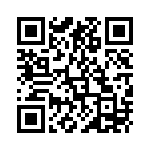