There don't seem to be as many public intellectuals around as there used to be. Sure, there are more commentators than ever—look at the many, many bloggers out there, as well as other individuated ... Read full review

A collection of essays that notably includes her break-out piece, “Notes on Camp,” which had appeared in Partisan Review in 1964, and the title essay. “Notes on Camp,” instead of defining and ... Read full review

Susan Sontag is the author of four novels, The Benefactor, Death Kit, The Volcano Lover and In America, which won the 2000 National Book Award for fiction; I, etcetera, a collection of stories; several plays; and five works of nonfiction, among them On Photography, which won the National Book Critics' Circle Award for criticism, and Illness as Metaphor and AIDS and Its Metaphors. She lives in New York City. In 2001 she was awarded the Jerusalem Prize for the body of her work. 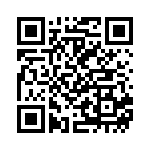