84 other sections not shown

W. E. Knowles Middleton (1902–88) wrote 15 books and 75 to 100 scientific papers related to the science of weather instruments and meteorological optics as well as their history. His major contribution was the book Meteorological Instruments, first published in 1953. From 1929–46, he worked for the Meteorological Service of Canada, specializing in measurement and instrumentation. After retiring, he was a professor emeritus and honorary lecturer associated with the Department of History of Medicine and Science at the University of British Columbia. 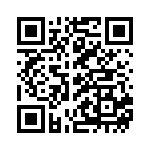